Rick Regalski and Jeremiah Shingledecker brought the Diehl Modifieds to the green flag for their main event with Shingledecker leading the way. Shingledecker was carrying a lead of over 2.5 seconds before a caution fell on lap 12 which negated that lead and put the second-place car of Garrett Krummert next to him on the ensuing restart. After another quick caution on lap 13, Shingledecker again led the field as Brian Swartzlander put pressure on Krummert for second. The two ran door-to-door until lap 16 when Krummert was finally able to shake Swartzlander for the spot as Shingledecker went on to claim his first Lernerville win of the 2022 season. In second was Krummert with Swartzlander third, Rex King, Jr. fourth and Brad Rapp fifth.

‘It was a good night to start up front,’ Shingledecker stated in Terry Bowser Excavating Victory Lane. The track was really nice, it’s consistent the whole way across it, and it’s the best I’ve been on a surface that’s completely smooth for a while’. 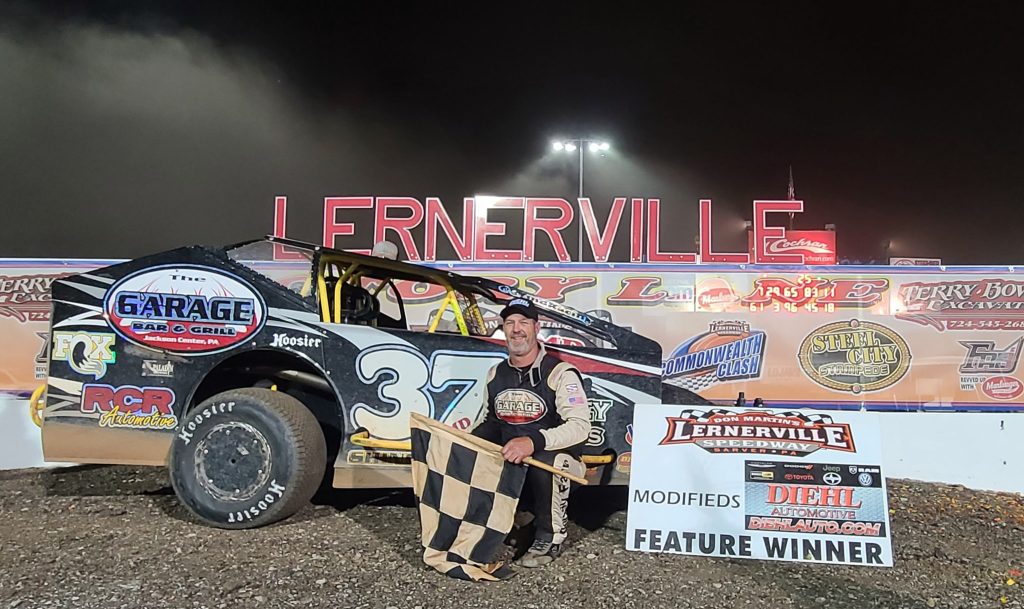