From the Lerneville press release:

Up next was the Diehl Modifieds for their 25-lap feature in which Chas Wolbert and Steve Slater led to the green flag with Wolbert taking the early lead and third starting Jeremiah Shingledecker moving into second. Wolbert and Shingledecker set a torrid pace early in the event and pulled away from the field as Rex King, Jr., made his way into third on lap seven. King was over three seconds behind the lead pair but by lap 15, had that deficit down to under one second. The leaders hit lapped traffic on lap 17 which allowed King to join the battle for the lead as Mark Frankhouser had a wheel come off his mount on the front stretch just as Shingledecker took the lead from Wolbert in turns one and two on lap 22 to bring out the caution. With the caution being thrown, Wolbert held onto the lead for the ensuing restart where Shingledecker used his outside starting spot to get by Wolbert for the lead on lap 23. Shingledecker would go on to lead the final two laps to pick up his second Lernerville win of the season. Wolbert finished second with Garrett Krummert coming from his tenth starting spot to finish third just ahead of Brian Swartzlander and King, who fell back to fifth on the final lap after sliding off the top of the back stretch. 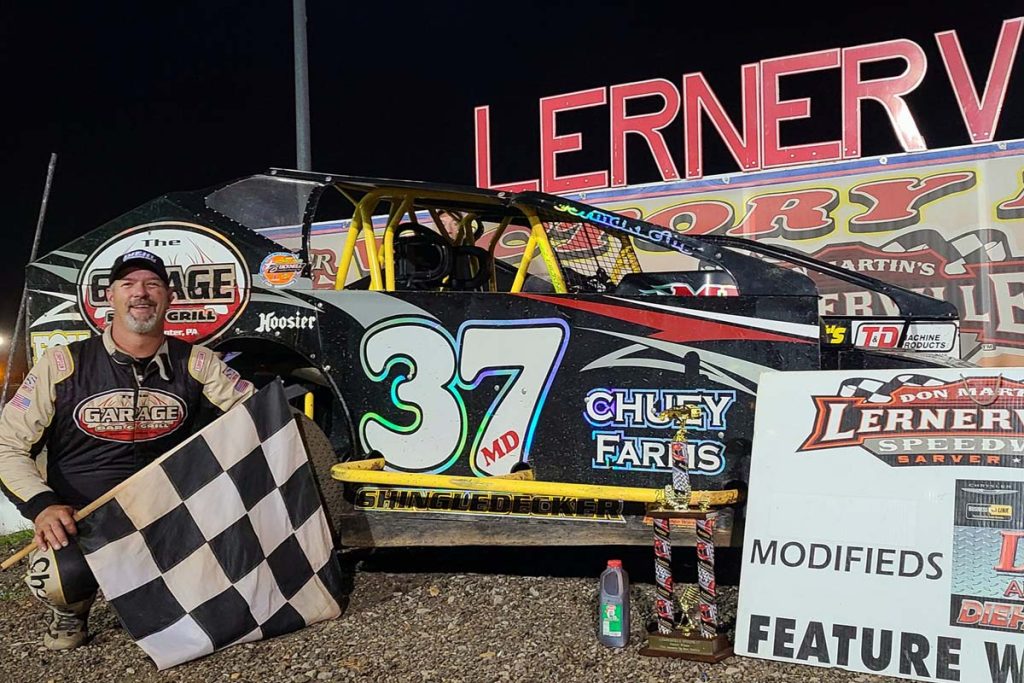 ‘I knew early on that my car was pretty good, I was trying to save my tires, so I had a little bit left at the end,’ Shingledecker said in victory lane. ‘It’s his (Wolbert) first year in a Big Block but he has a lot of laps in the crate car, he did a really great job, can’t take anything away from him. We were just a little bit better but, he was moving around searching for stuff, it made it hard to pass because wasn’t exactly sure where he was going to be at.’