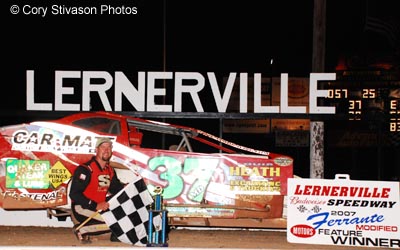 Jeremiah and the 37MD team traveled to Lernerville Speedway on Friday and brought home victory #6! From the Lernerville press release:

The Ferrante Motor Cars Modifieds rumbled onto the track second tonight. Jeremiah Shingledecker, (#37MD) of Stoneboro took the lead from J.R. McGinley on the second lap and led the next 18 laps. But neither Dave Murdick, (#61) of Slippery Rock, nor Del Rougeux Jr., (#20D) of Stoneboro, were about to let him walk away with the 25 lap feature. 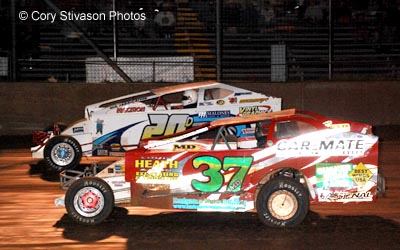 Rougeux, who was been getting faster as the season has progressed, assumed the lead on lap 20 and led until the white flag. Rougeux and Shingledecker raced door to door, with Shingledecker prevailing to capture his third feature win of the season. Rougeux was second, followed by Murdick and McGinley, (#66) of Fairmount City. 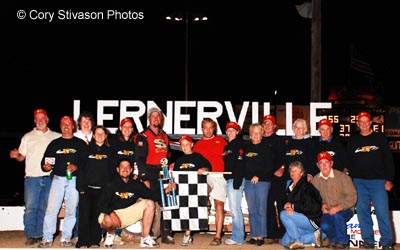