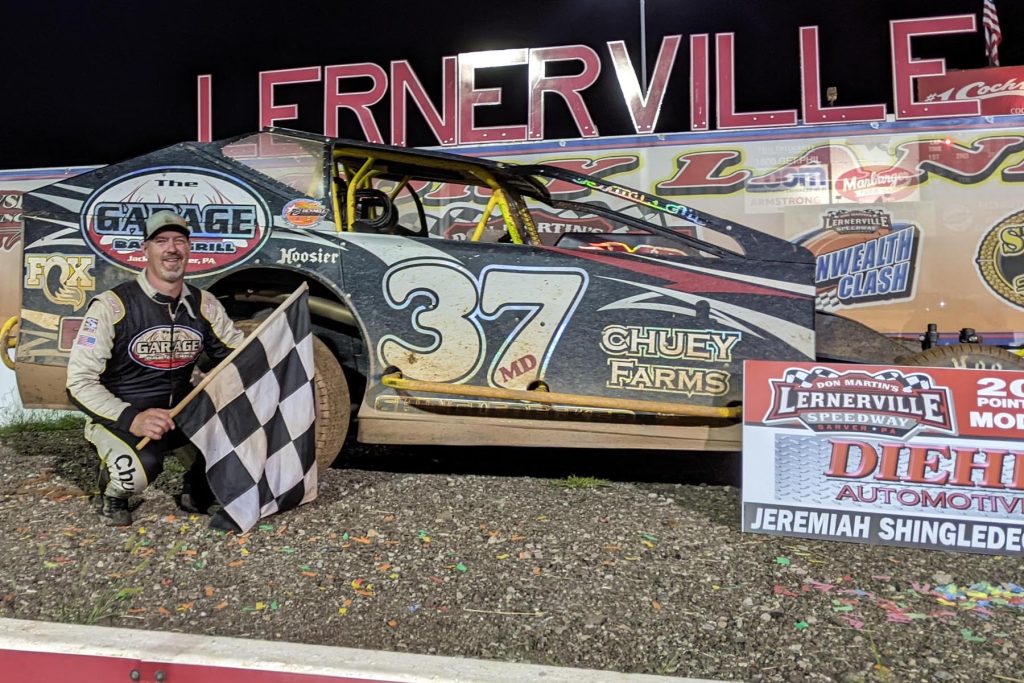 From the Lernerville press release:

Jeremiah Shingledecker used a third-place finish in the Diehl Automotive feature event to win back-to-back championships and fourth overall after both Garrett Krummert and Dave Murdick dropped out of the race on lap 8. Krummert came into Championship Night only 15 points behind Shingledecker while Murdick was 37 points out.

‘We’ve gotten a lot better on a slicker racetrack,’ 2022 Diehl Automotive Big Block Modified Champion Jeremiah Shingledecker said in Victory Lane during his champion’s interview. ‘We’ve won a couple on night’s when it was slick and on night’s like tonight when there’s a little bit more ‘bite’ to it, we’ve struggled a little bit, the car has so much grip in it that I struggle to get it through the corners without losing it through the straightaways so it’s been a challenge for us on the heavier tracks but this 2021 Bicknell (Chassis) has been really good to us.’ Shingledecker continued after being asked about his future, ‘It’s just like anything, the longer you’re at it, the better you get and the more you learn and here we are, 27 years later knowing more, if we would have known all this stuff back then, we would have been more successful back then. But no, we’re not going anywhere, we’re going to downsize a little bit, maybe not quite as many races but we’re still going to be a weekly car here at Lernerville. 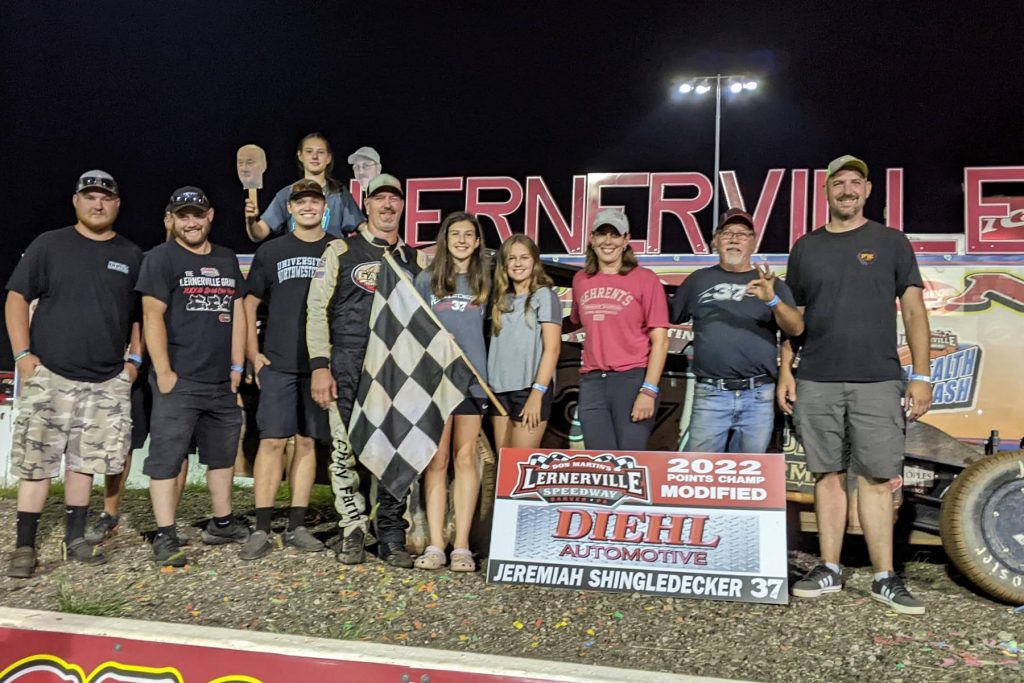